The Great Orme is a large rocky outcrop poking out to sea from Llandundo and reaches a height if 207m at its summit. You can reach the top by several means:

There is a cafe, childs play ground and a car park at the top, plus a Bronze Age Museum where you take a walk in the 4000 year old tunnels. There is also a dry ski slope.

The road that loops around the Orme has a toll of £3 (April 2016) for cars an you have the option to pay for a guided tour of the Orme. These can be found near the Grand Hotel. They could be a lot of fun if you enjoy guided tours!

There are quite a few wild camping sites that would be OK during the off peak times. Wardens operate in the area who may move you one during the summer. I think we will be back then to try it out. You will see great views of Snowdon at the top from the Great Orme. 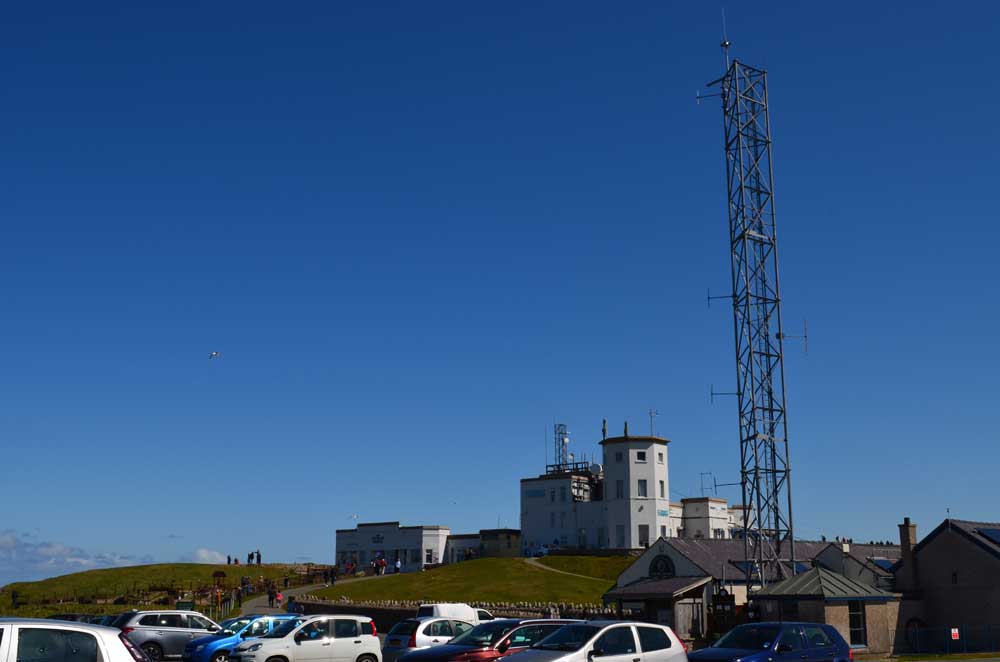 Take the cable car to the top 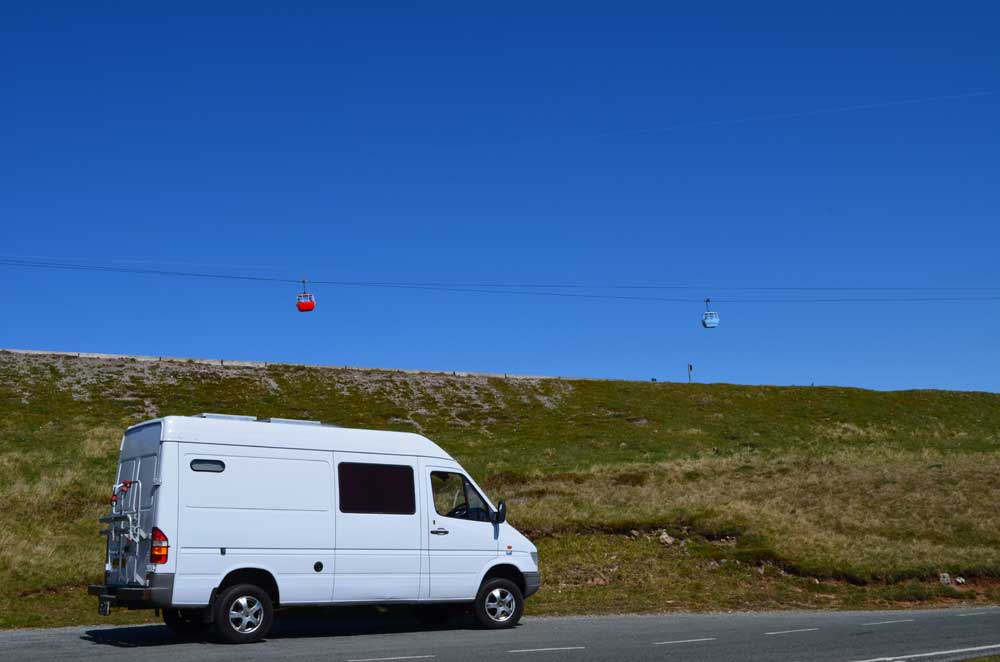 I just love the colours of the cable cars. 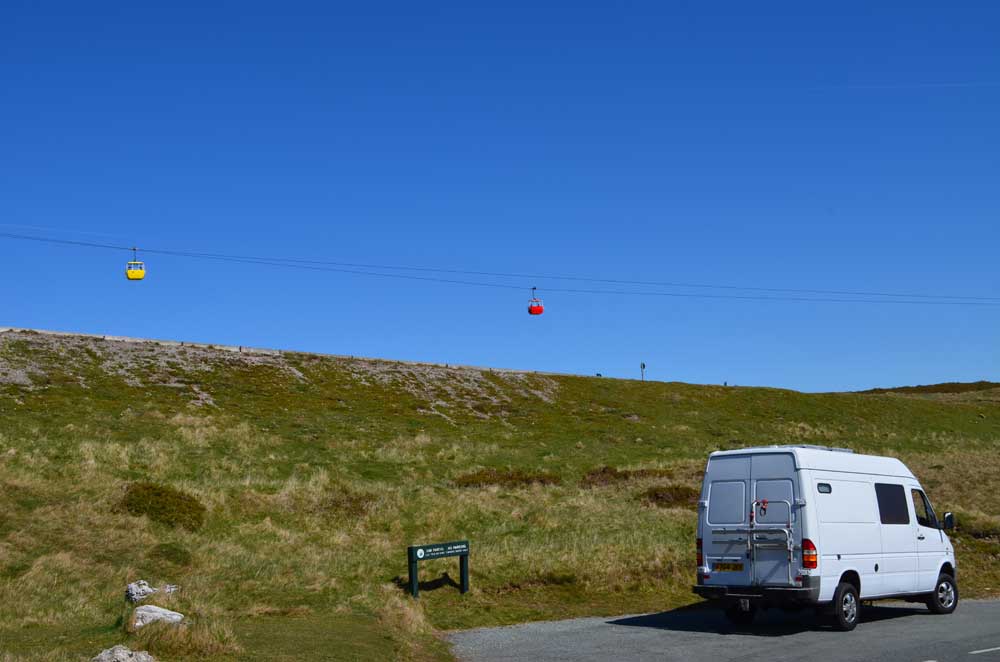 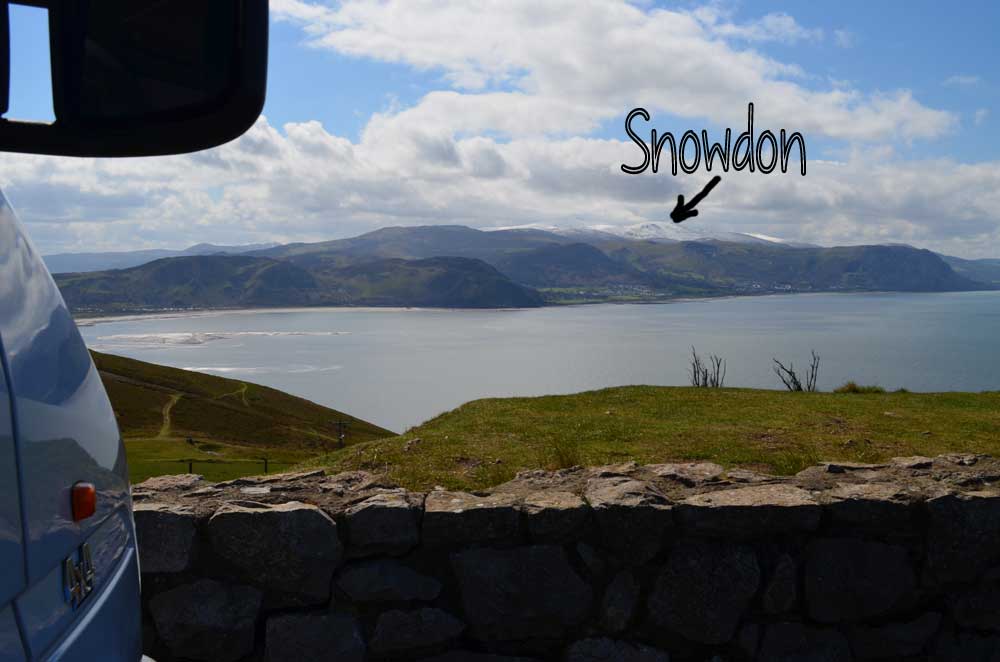 Looking out to sea opposite the church of St Tudno 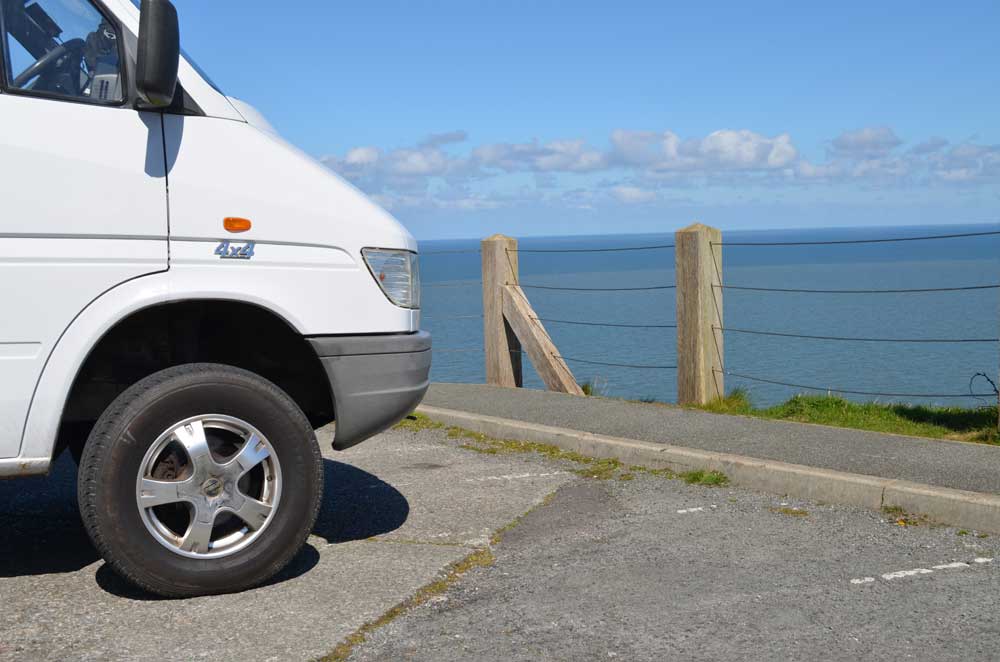 Not quite so busy as the other side of the Orme and worth the extra mile to escape the madding crowd. 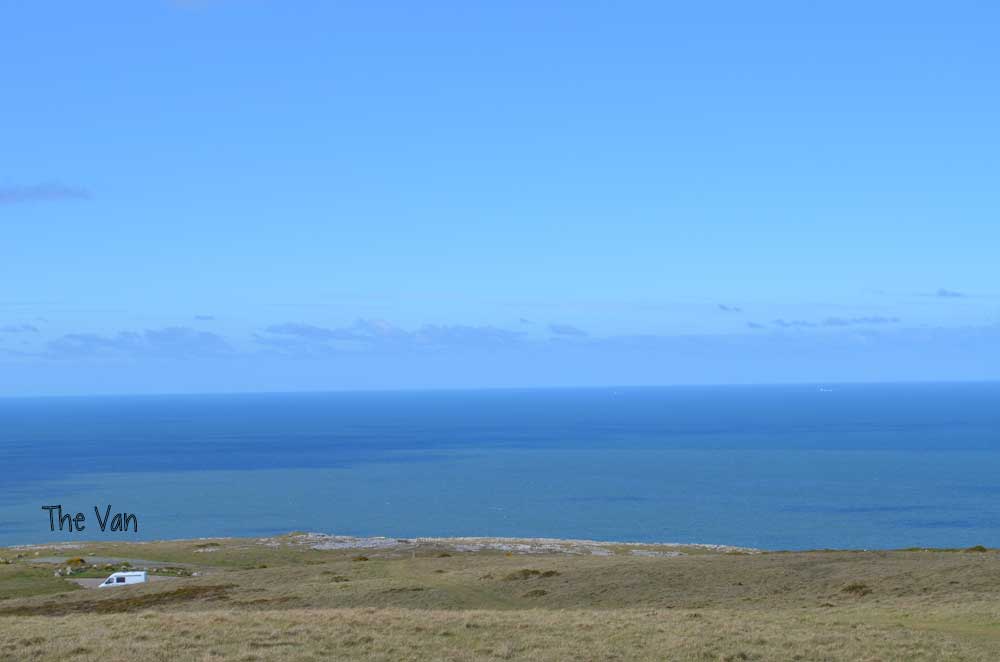 The summit Cafe and cable car station from the other side. 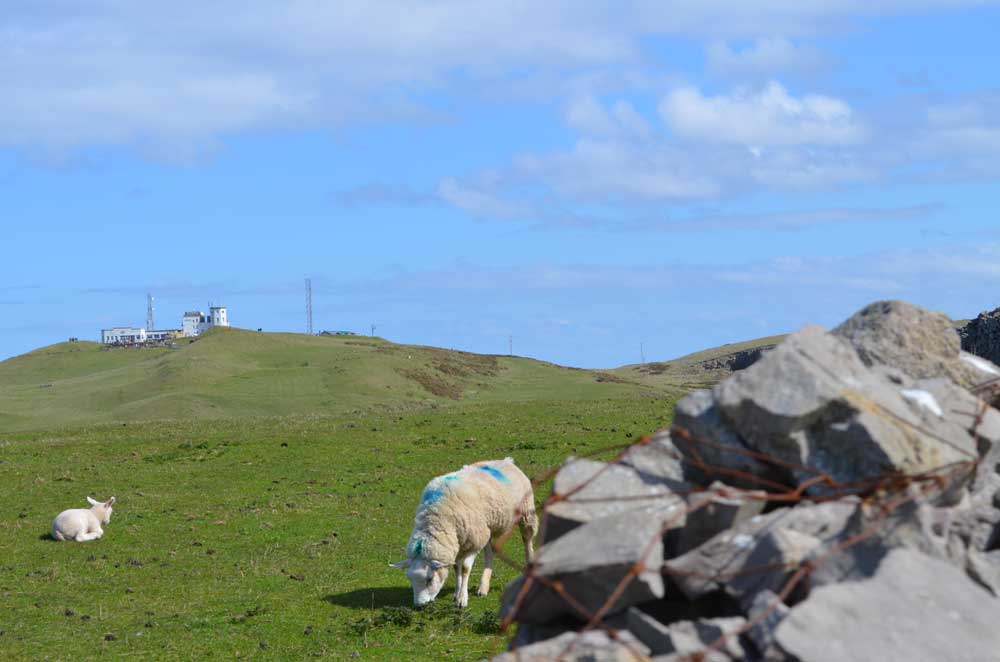 The Llandudno parade is a large curve with many Victorian architectural style hotels. Some feature amazing ornate iron work from the Victorian era. The town boasts the largest pier on the north Welsh coast, reaching 700m over the sea. Here you can be amused with a fun fair and in the summer watch the Punch and Judy show. Well worth a visit.

The pier on the north beach 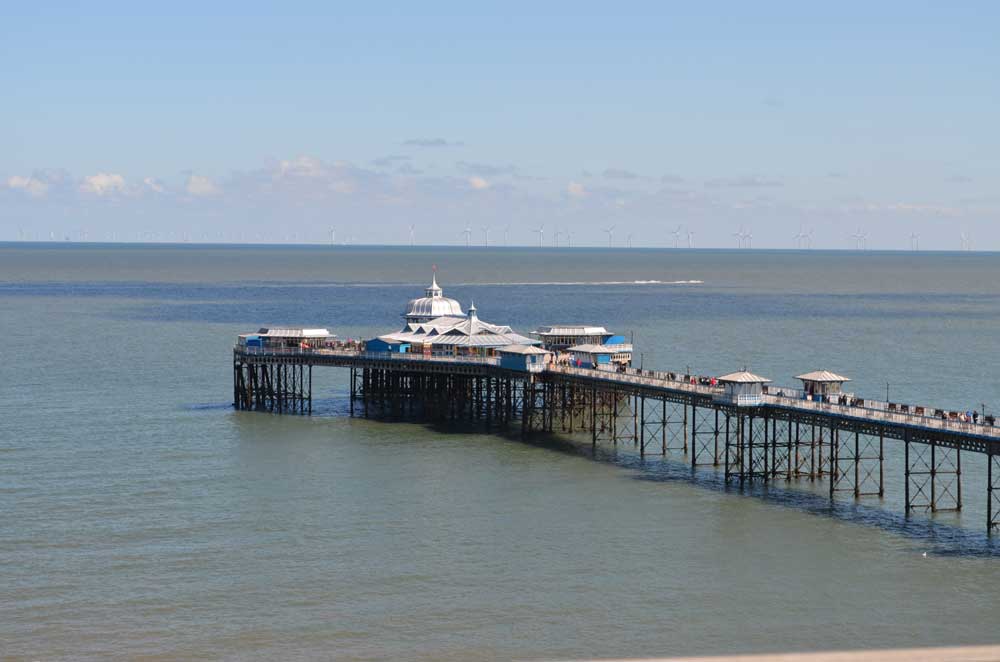 Yum, vegan burger for dinner tonight  with the setting sun. 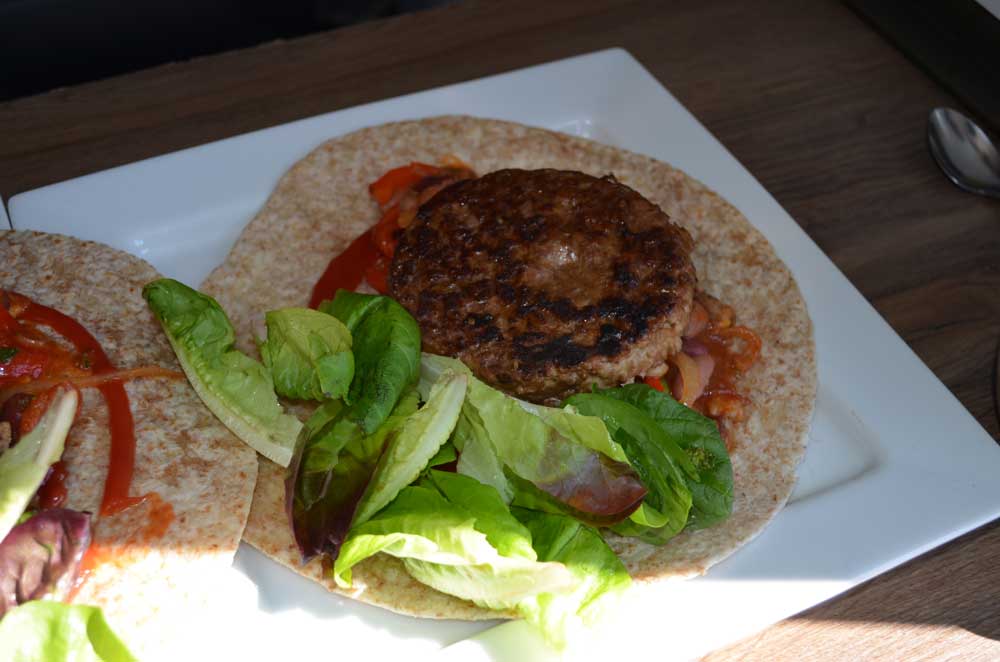 The old light house on the Orme has been converted into a hotel. Has anyone stayed there if so what was it like?

Copyright OurAdvanture  2022| Powered by the sea.