Early May Walk Along the Wales Coastal Path

Pembrokeshire Coastal Path has about 90 miles of coastal walks where the land meets the sea. We walked one small section which over looks Skomer and Skokholm Islands. There is a boat which take you to the islands each day called the Dale Princess. We saw amazing spring wild flowers, birds and a curious seal which checked us out and they swam off with a splash.

We saw Marloes Sands in the distance (famous for fossil finds apparently) Marloes Mere and Terry’s award winning ice-cream van. Terry later visited the campsite offering us ice-cream but no vegan ice-cream was available so we had to turn him down. 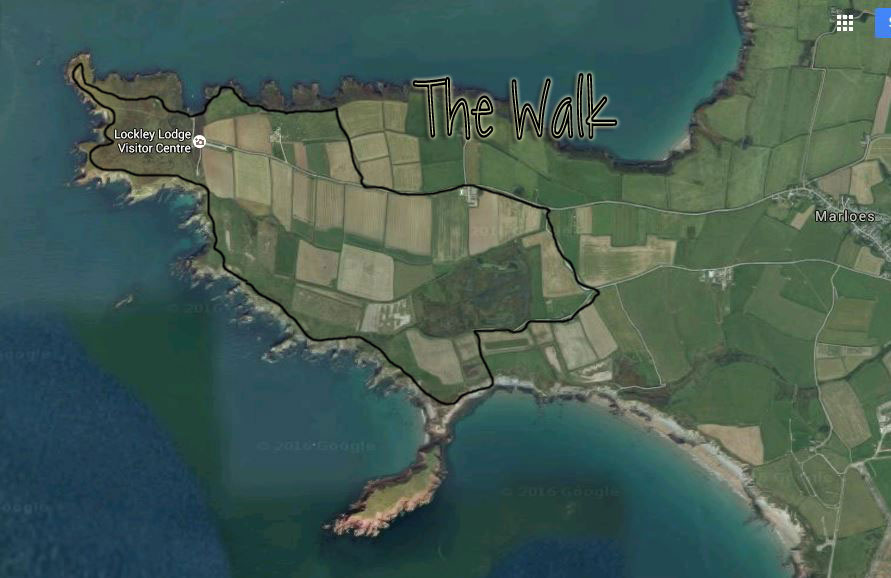 Walk along mile after mile of wild flower lined path. 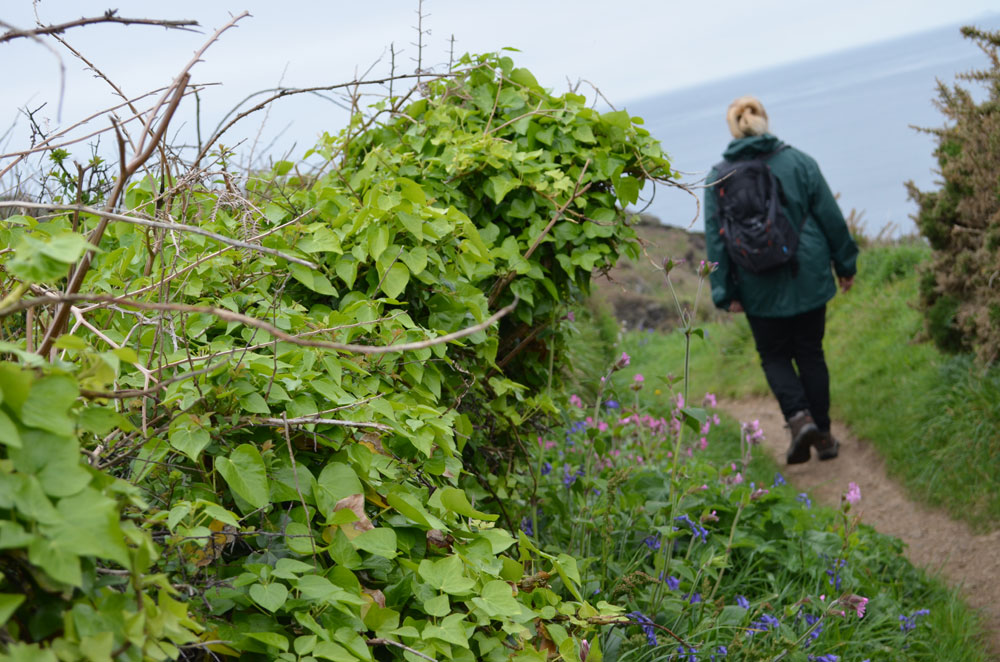 The colours are amazing whites, pinks, blues and yellows. 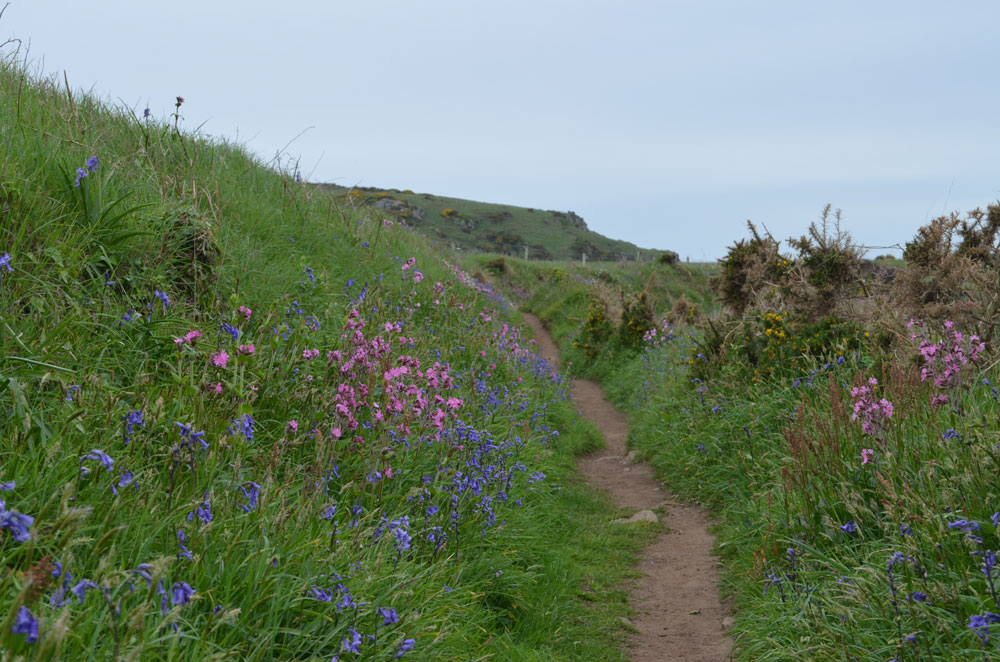 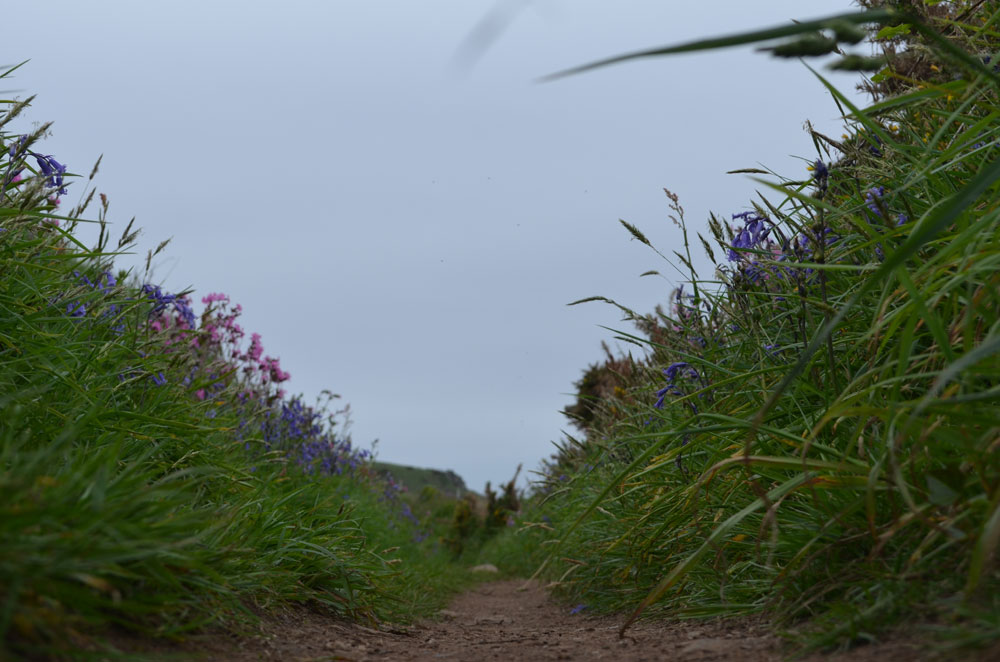 Wooltack weather station at the top, below is where you catch the Dale Princess to Skomer Island. 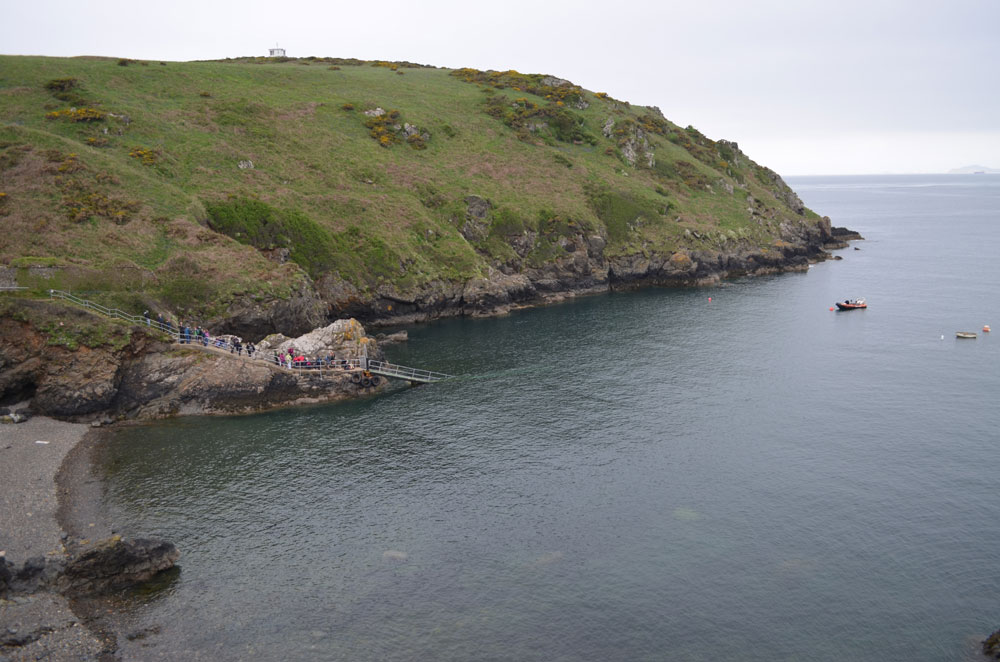 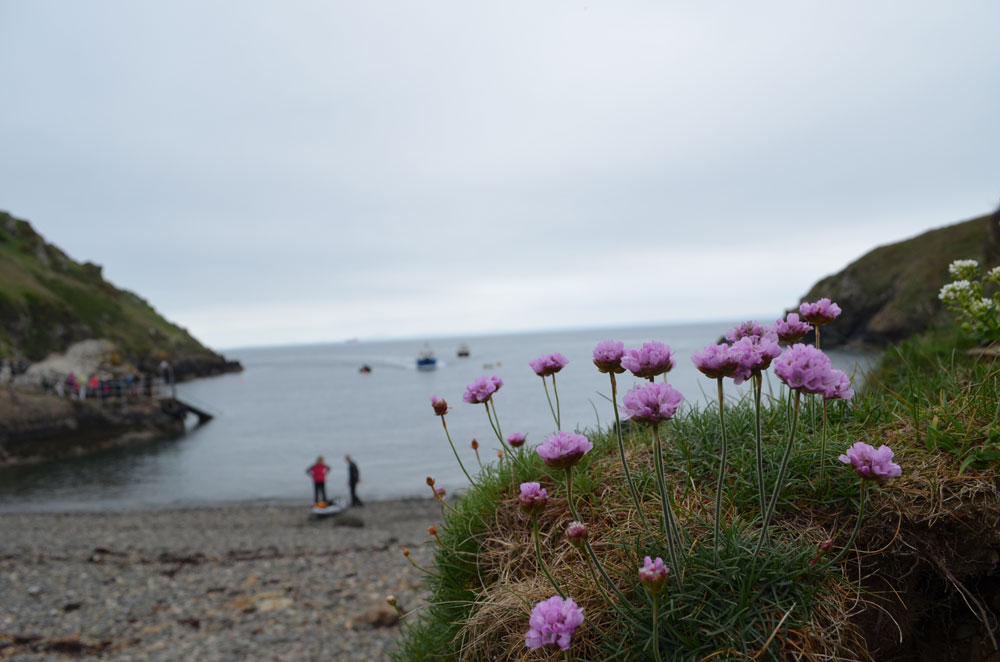 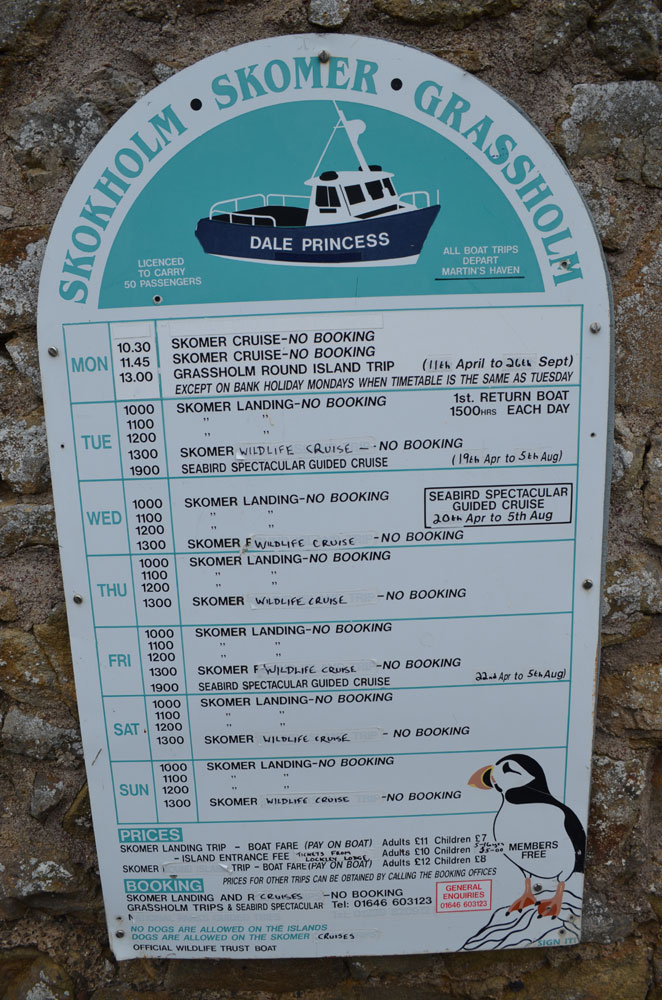 This is what’s at the top of Wooltack Point. 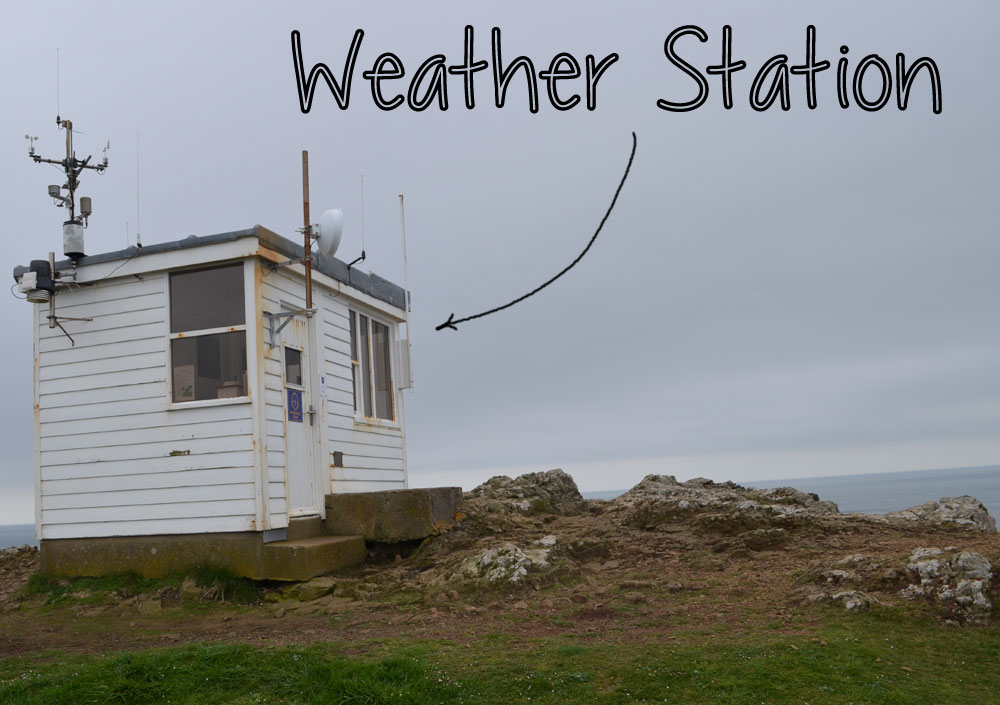 Looking down at the car park below, 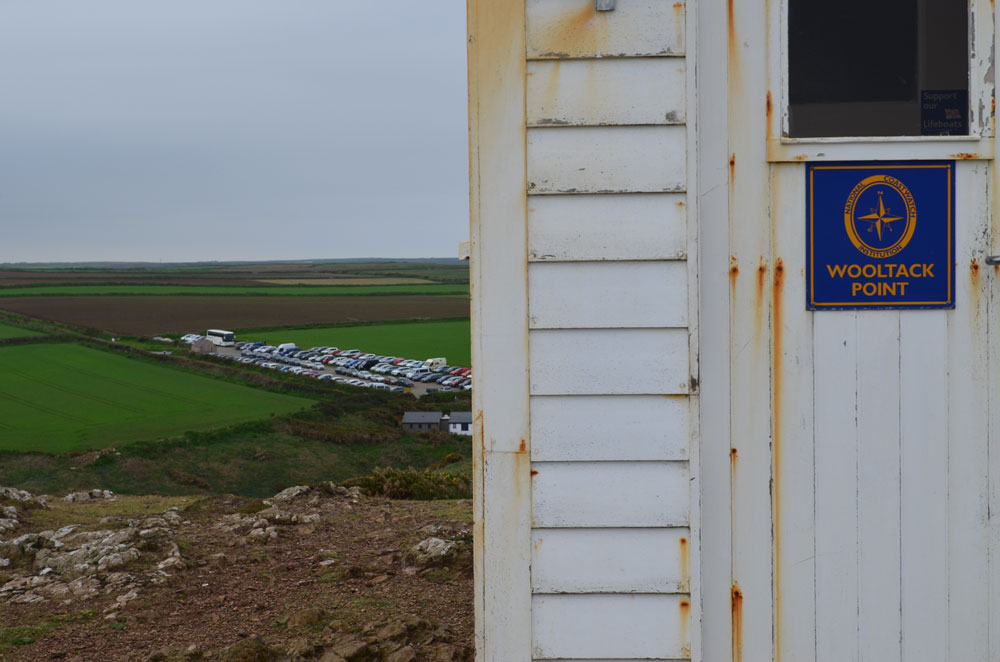 An isolated habitat for Puffins, Guillemots, Razorbills and most likely other birds and wildlife. 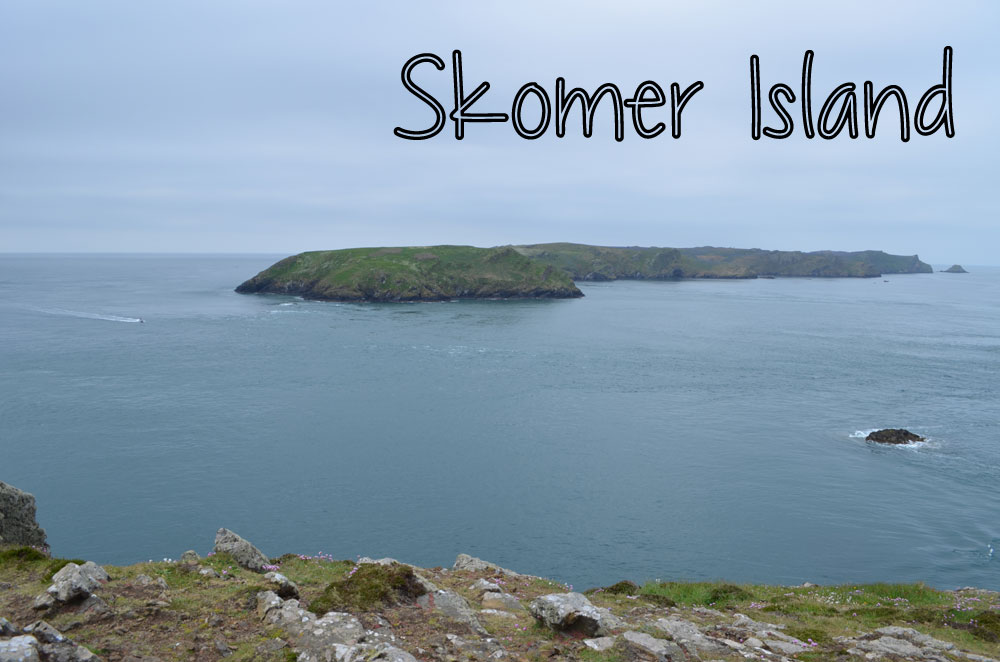 Yes it’s a long way down. 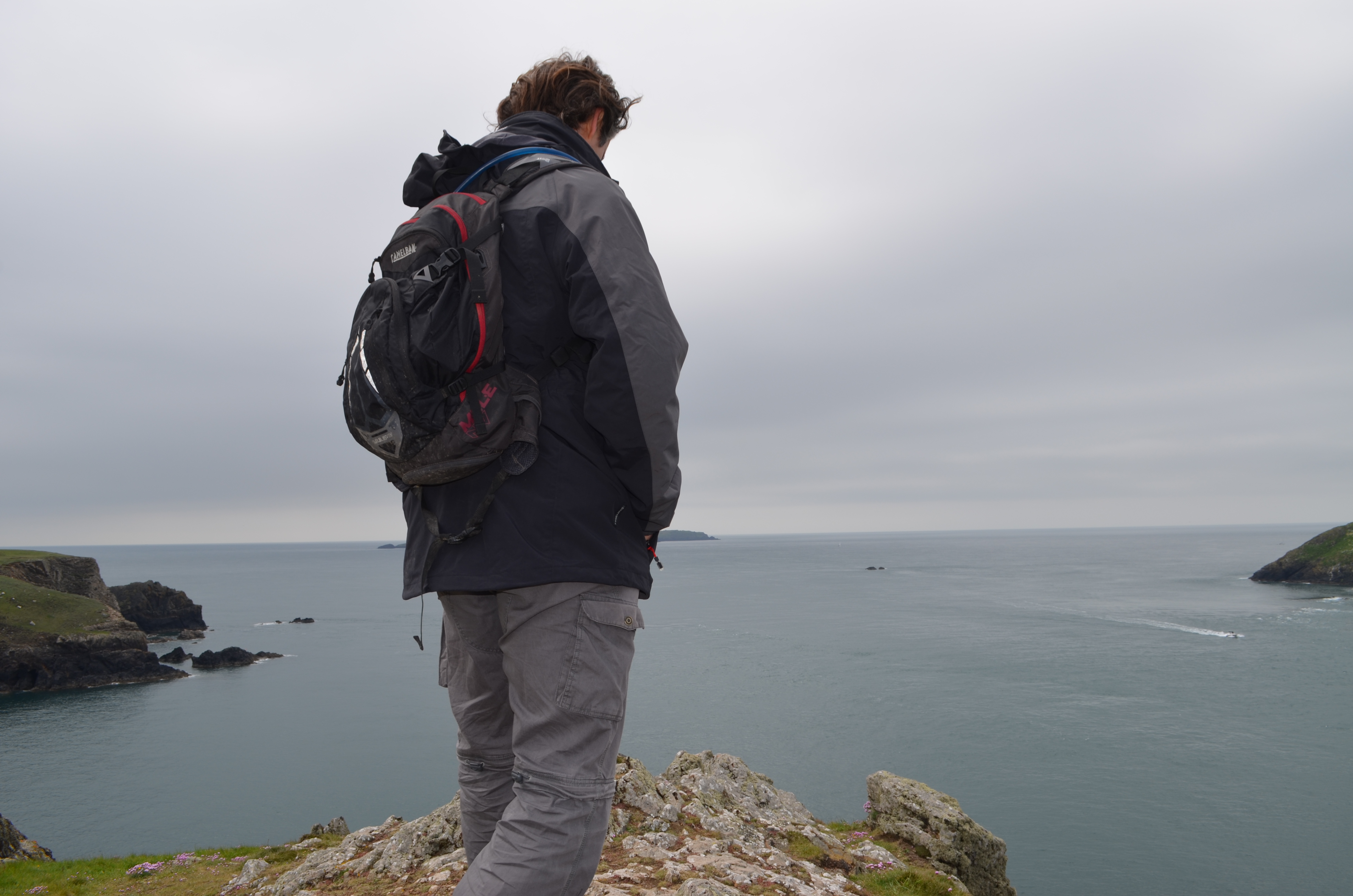 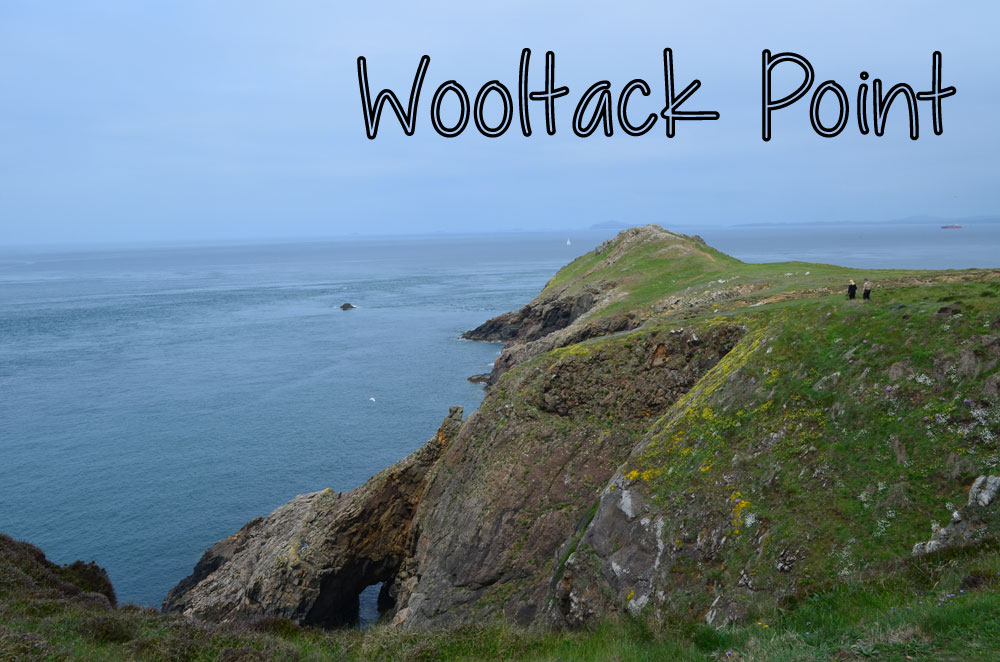 Eating lunch at Martins Haven when this seal poked it’s head out of the water. 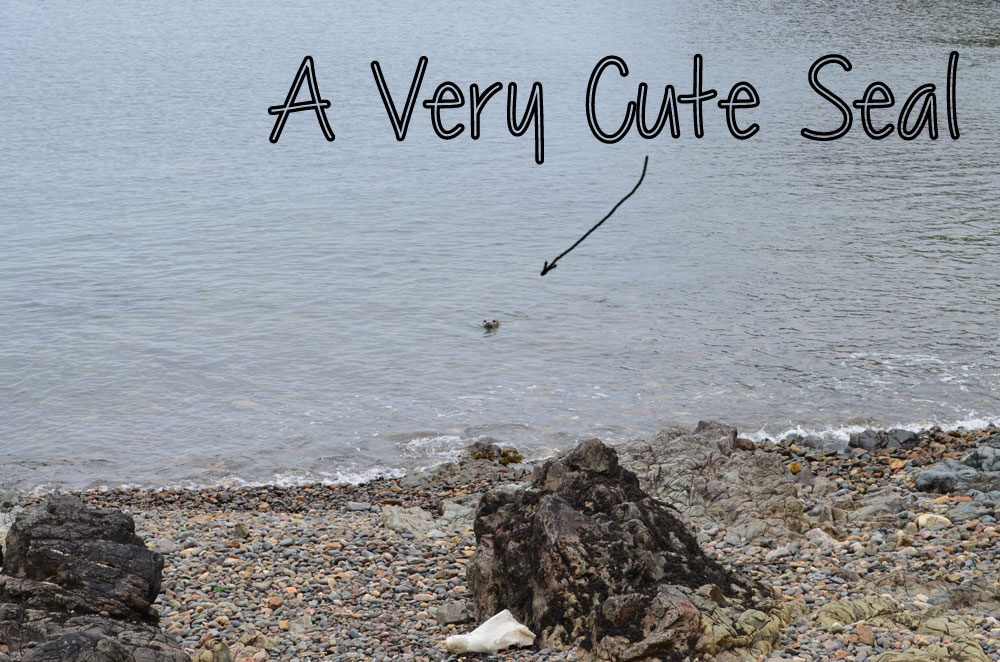 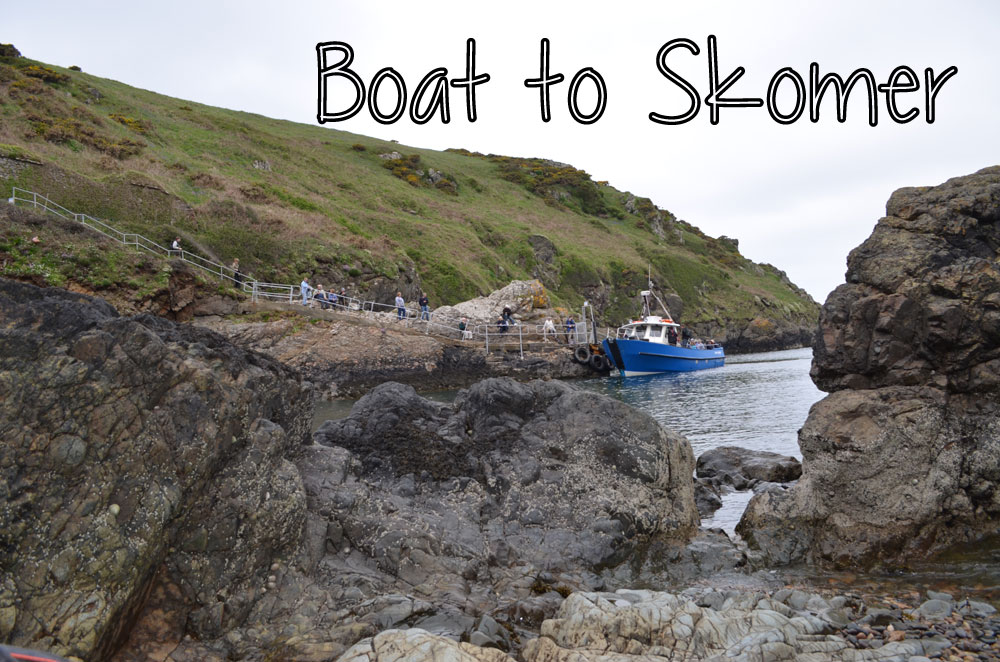 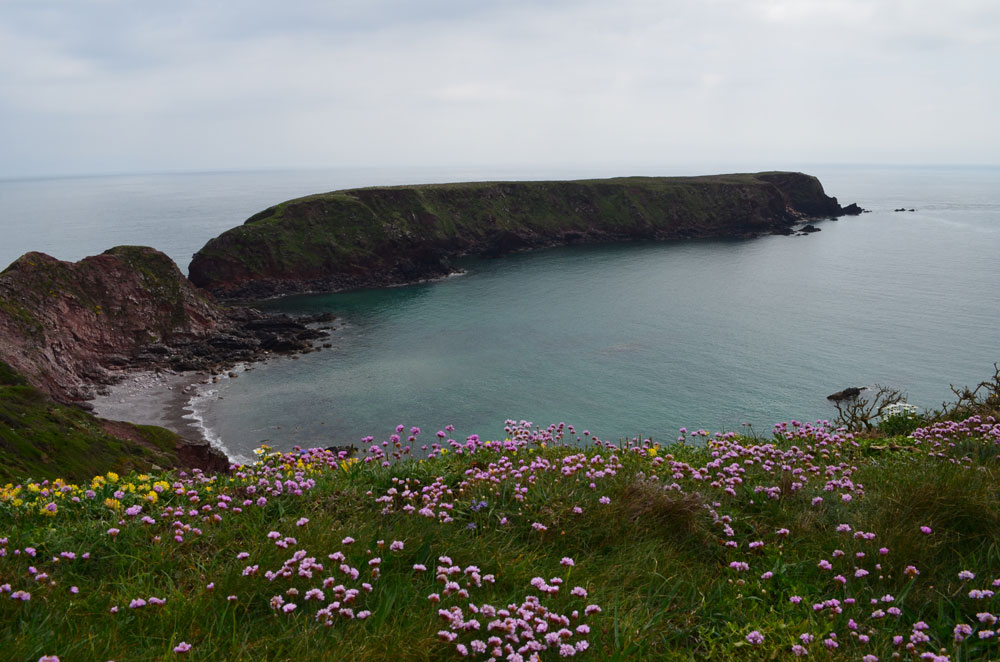 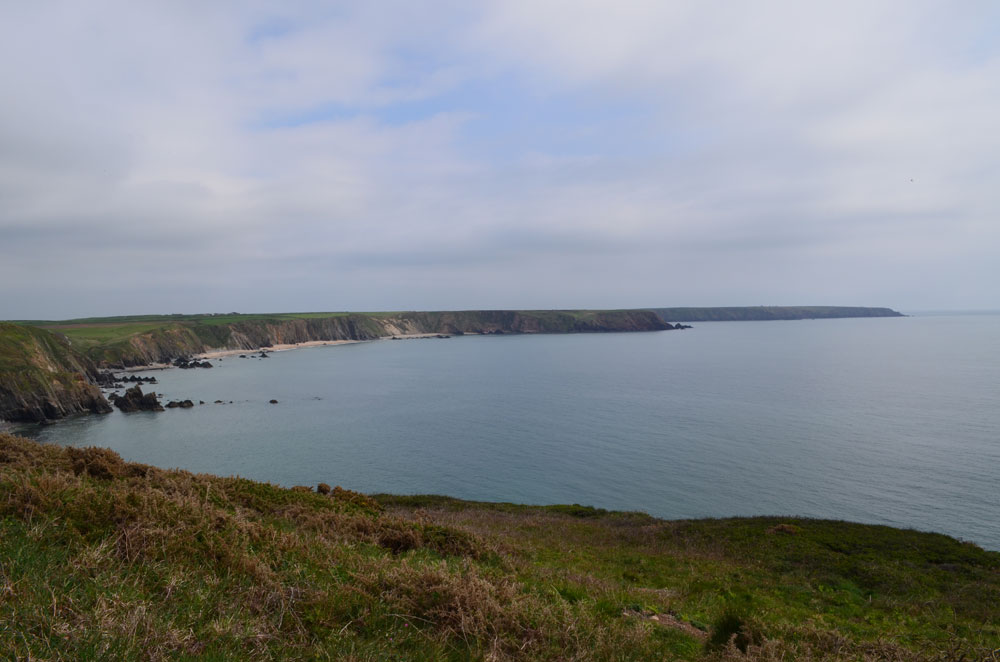 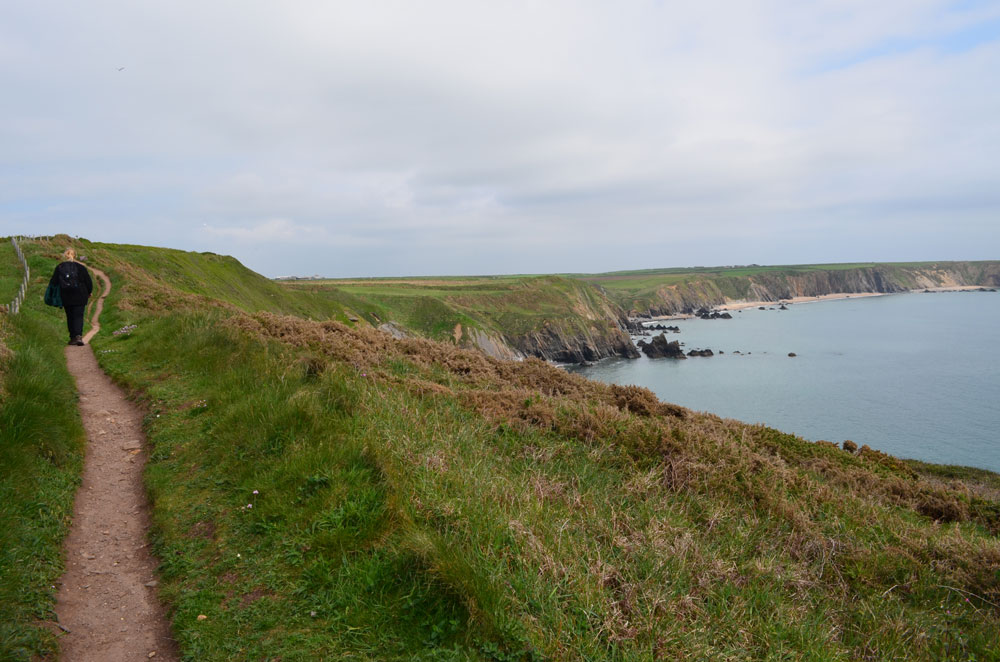 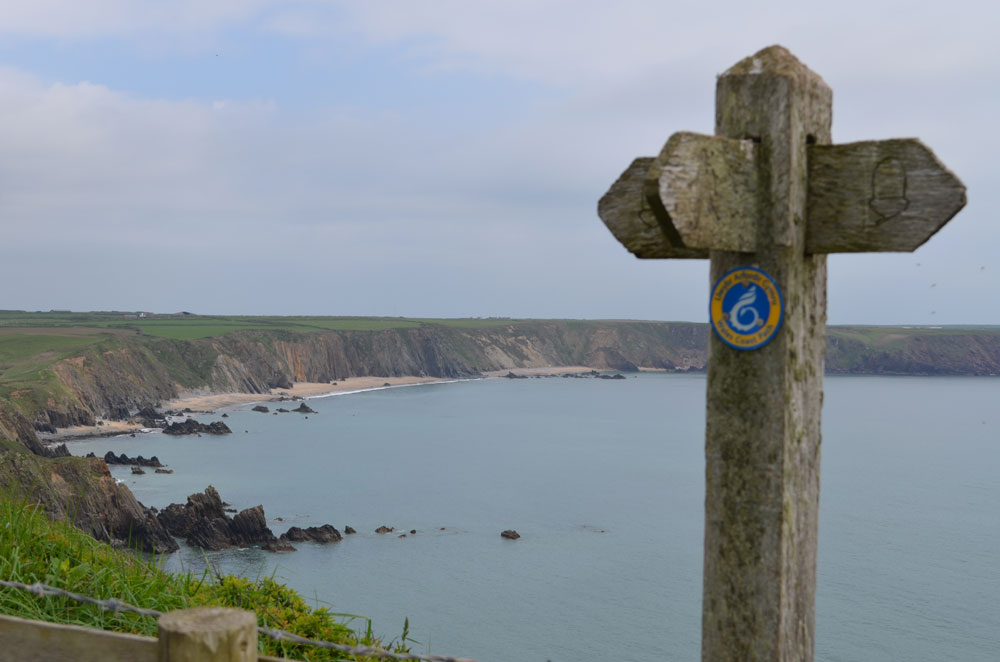 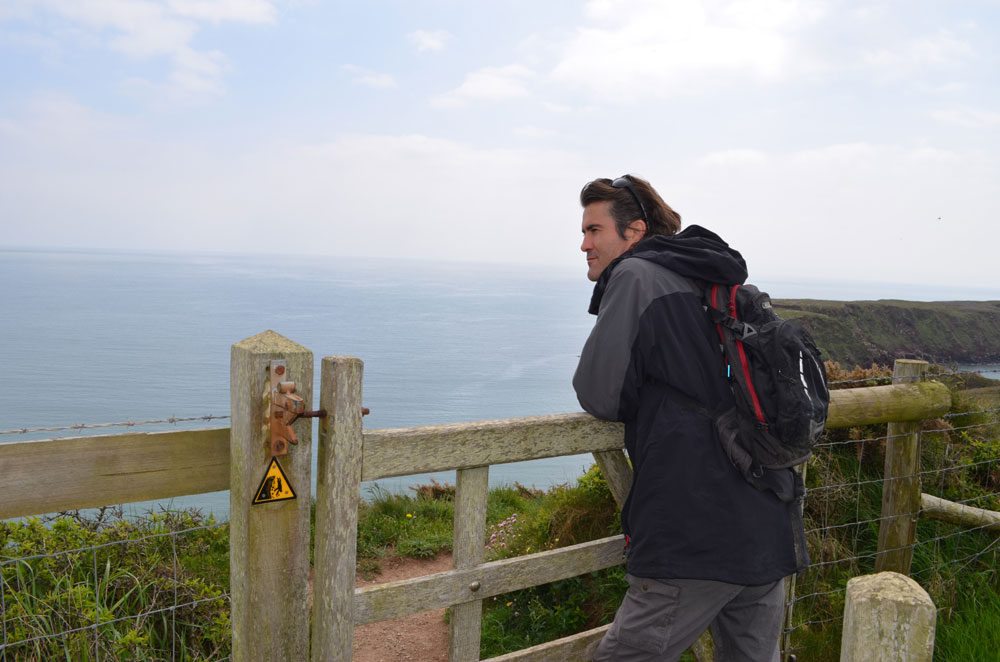 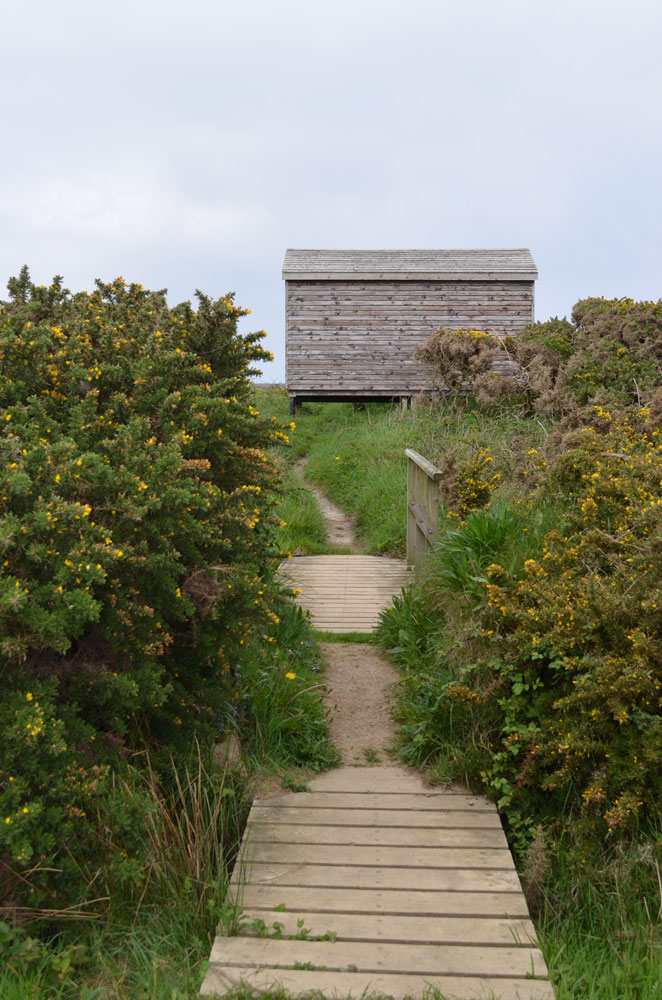 Rusty barbed wire on a gate, the field has some cute black cows 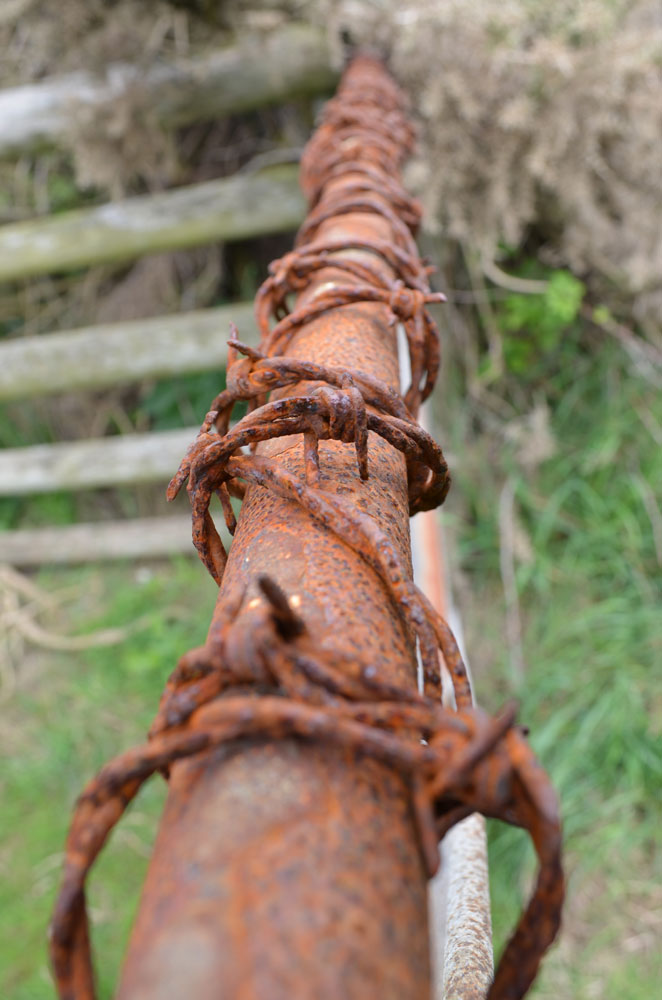 This way to the beach.. I love this sign! 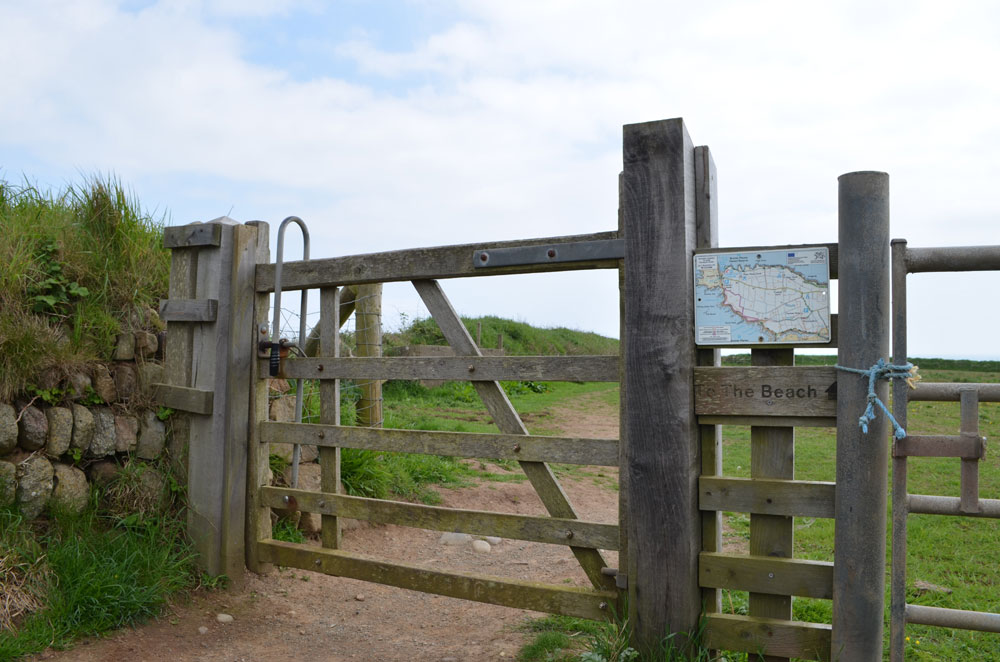 An hour or so later back at the campsite Terry the ice cream turned up to sell ice cream. 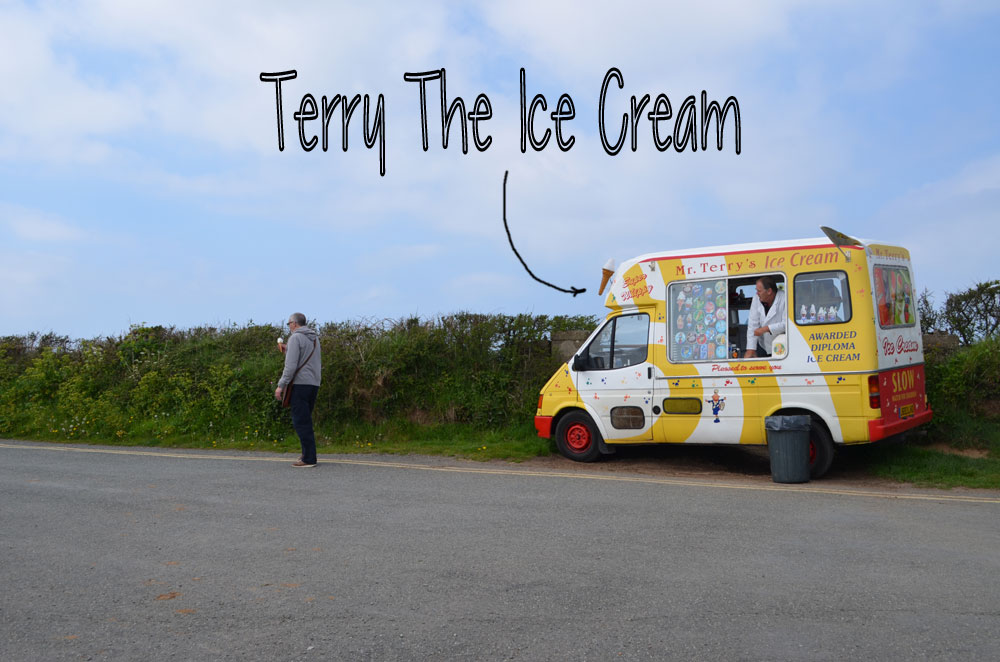 The gate to the cost path from West Hook Farm Campsite. 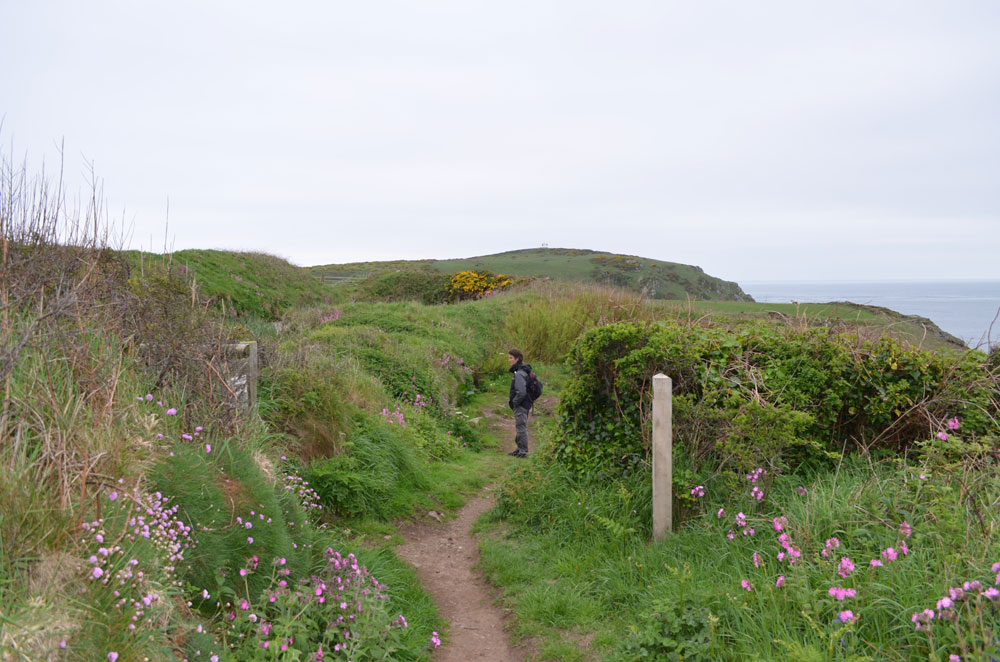 It would be good to cycle the Pembrokeshire Coast Path.